Kylián studied in Prague, as well as at the Royal Ballet School in London. He joined the Stuttgart Ballet in 1968 and worked under John Cranko, where he began to choreograph. Kylián became Artistic Director of Nederlands Dans Theatre in 1976. His style is very energetic and contemporary and his best known works include Symphony of Psalms (1978).

Kylián's works primarily explore the 'why' of the universal themes. One senses that he uses his work as playgrounds for human relationships and instincts. Works include:

Falling Angels is a part of the Black and White ballets which were created in 1989 with 8 white female dancers dressed in black leotards. It was performed to drumming/percussion music based on ceremonial ritual music from Ghana (West Africa). Musical rhythms and patterns are used and mixed in a synthesizer to produce a layered effect in some sections. The result of this a more energetic, sometimes frenzied sound that the dancers match in a very physical dance.

Falling Angels depicts females and female dancers in their aim to achieve perfection but succumb in various stages to the human female psyche and female events such as ambition, seduction, pregnancy, birth, death, motherhood and self-awareness. It is basically about the things that pull and push a dancer from the 'purity' of dance and performance. Kylián was influenced by surrealism and minimalism during the creation of this work and the 'black and white ballets'. In this ballet we see the combination of classical lines and sharp percussive movements that give unpredictability to the piece as a whole.

Forgotten Land 1981 explores memories, events and people that over time are lost or forgotten and how people sometimes vainly try to recover them, or a sense of them in order to regain their former power and value. The work its self is inspired and based on a painting of women on a beach by the Norwegian Expressionist painter Edvard Munch. The work mainly involves duets who move their arms in various stretched positions, as if they were reaching out for something. The dancers arch their backs and dance expressively, reflecting both the music and the haunting painting that influenced the work. Kylián makes a statement of lost homelands, lost lovers and lost times and there are also duets that reflect violent moods. These duets end up as a large esemble 'and then the women are left on the shore, stretching their arms again like bids that cannot fly.

- Staged by and Assistant Choreographers: Roslyn Anderson and Ken Ossola

- Piano Concerto in A Major - Adagio

Jiri Kylian composed this piece for the 1991 Salzburg Festival on the second centenary of Mozart's death. With six men, six women, and six foils, they symbolically exude energy, silence, and sexuality.

- Use of SHAPE - Kylián sees the dancer as an expression of art. He is always exploring shape in the human body and the meaning behind shape.

- Use of SPACE - Kylián is always exploring the limitations and capabilities of the performance space physically, as well as exploring the use of space in his dance.

- Use of ISOLATION - The ability to focus on body parts.

- Use of ENTRANCES and EXITS - Kylián's choreography often focussed on how dancers entered and left a performance space. This is designed to create different impressions on the audience.

- Use of CONTRAST - Kylián uses dynamics as a choreography device. Lyrical flowing movements passages are contasted with staccato-like sharp movements.

- Use of HUMOUR - Kylián often uses humour in movement and gesture, as well as facial expression. His dance movements are often unpredictable due to this humour. 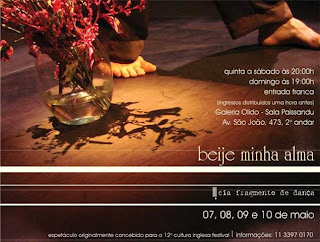 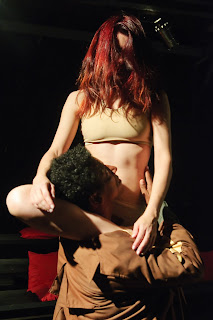 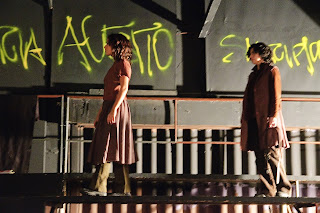 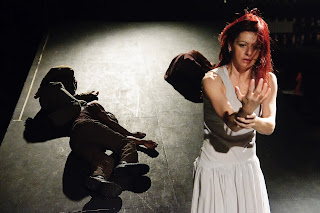 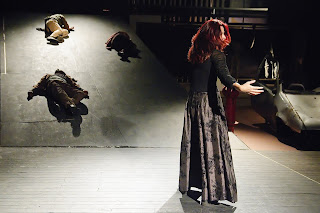